Join pianist Daniel Grimwood as we embark on a musical journey inspired by the moon and the sea, two inextricably linked entities that have provided a wealth of inspiration to composers of different eras.

Henry Purcell, one of Britain’s greatest composers, is perhaps most well-known today for his choral music and operas, especially the timeless Dido and Aeneas. Incidental music was very common as an auxiliary part of British theatre in the late 17th century, being played both before, during and after the show. Indeed, individual pieces from these shows – for example, an overture, or a sequence of dances – were often performed as concert works. It is highly likely that the Chaconne in G minor is just such an example. One of Purcell’s compositional calling cards was his use of the chaconne, a style of presenting a theme followed by a set of variations over an unchanging series of chords. This particular chaconne was famously reimagined for string ensemble by Benjamin Britten, but Daniel has taken this timeless work and added the flavour of a majestic, expansive sea to the music.

It is now relatively common knowledge that the ‘moonlight’ epithet that this work has acquired was neither Beethoven’s idea, nor intention. German critic Ludwig Rellstab, a contemporary of Beethoven, remarked the first movement made him think of ‘a vision of a boat on Lake Lucerne by moonlight’; the term ‘moonlight’ was never approved by Beethoven and was only affixed to the work five years after the composer’s death in 1827. Although it was hugely popular during his own lifetime (and is even more so today!), Beethoven did not care too deeply for the work, and was often frustrated that the public did not give his other solo piano works as much attention.

The key of C# minor was an extremely rare choice for the time – Mozart, for example, never used it in any of his compositions – and it gives the music a dark, brooding colour. The opening movement evokes a feeling of stillness and endless tranquillity, before giving way to the amiable, almost nonchalant charm of the more-spritely second movement, until the utterly tempestuous finale eradicates any lingering feeling of calm.

Like his contemporary Franz Schubert, Robert Schumann had a particular proclivity for writing for the voice. His two song-cycles entitled Liederkreis (“song-cycle”) are his earliest forays into this style. In 1840, Schumann took the poetry of Heinrich Heine (Op. 24) and Joseph von Eichendorff (Op. 39) and set several poems by both writers to music in their own distinct sets. Mondnacht (midnight) is taken from the second set belonging to Eichendorff’s poetry, and is undoubtedly one of Schumann’s finest songs. The piano resembles the delicate shimmering of moonlight whilst the voice floats serenely above it.

Daniel is performing the well-known solo piano arrangement of this song, written by gifted pianist and arranger Theodor Kirchner, who ingeniously and seamlessly weaves the vocal melody into the body of the piano part.

Frederick Chopin dedicated almost all of his compositional career to writing for the piano – indeed, only nine of his published works included an instrument that wasn’t a piano! – and the ‘Ocean’ Étude is the final work of Chopin’s formal studies for the instrument. The two sets of twelve piano studies (Op. 10 and Op. 25) stand even to this day as the foundational pillar of modern piano technique. Pianist Garrick Ohlsson once remarked that “if you can play the Chopin Études … there is basically nothing in the modern repertoire you can’t play”.

The ‘Ocean’ Étude gets its name from the waves of sound that emerge from the arpeggiated figures in the left hand that sweep up and down the instrument.

In the 19th century where piano virtuosi seemed to be commonplace – notable figures include Chopin, Liszt and Busoni – Adolf von Henselt is perhaps one of the less well-known. He ceased composing by the age of 30 for reasons that, to this day, are not definitively known. However, we do know that he stopped performing in public by the age of 33 because of chronic stage-fright that bordered on paranoia, so this could have contributed to his lack of confidence in either performing his own work or allowing other pianists to perform his compositions.

However, Liszt in particular was a champion of Henselt’s ability; Liszt reportedly told his piano students that they needed to “find out the secret of Henselt’s hands” if they wanted to succeed. Indeed, Henselt was notorious for his uncanny ability to play seemingly unfeasibly wide-spreading chords while maintaining an astonishing legato line; his fanatical devotion to technical pianistic exercises should therefore come as no surprise, and this étude comes from one of his sets of studies. The subtitle to this particular work translates as “like the stream in the sea”, and one can vividly hear the swirling of the water in the (highly technical!) runs in the right hand.

Henselt migrated to St. Petersburg in 1838, where he became the resident Court Composer and Inspector of Musical Studies at the Imperial Institute of Female Education. The impact that his teaching and playing had on the Russian school cannot be overstated. Indeed, despite not ever studying with him, one Russian pianist who was, by his own admission, greatly inspired by him was none other than Sergei Rachmaninoff.

The 24 Preludes are an excellent example of Henselt’s influence on Rachmaninoff manifesting itself. Unusually for composers who completed sets of 24 preludes in all 24 major and minor keys (such as J.S. Bach and Dmitri Shostakovich), Rachmainoff’s were written and published at different times, not a unified set. The G# minor prelude comes from his second larger set, written in 1910, which has become one of the most popular of his works in the genre, and features the famous Dies Iraetheme. The Dies Irae (Day of Judgement) text has often been set to music as part of the Requiem service, but its original setting was as a Gregorian chant, characterised by its first four notes that form a distinctive melody. Rachmaninoff himself used this four-note Dies Irae theme widely in his compositions, including The Isle of The Dead, Symphonic Dances and Rhapsody on a Theme of Paganini.

Felix Blumenfeld was another key figure in late 19th and early 20th century Russian schools of music. As a teacher, he taught piano at the St. Petersburg Conservatoire from 1885 until the end of the Great War in 1918, and then took up the position of Director at the Music and Drama School of Mykola Lysenko in Kiev until 1922, after which he returned to Moscow to teach at the Conservatoire there until his death in 1931. Amongst his students were famous pianists such as Simon Barere, Maria Grinberg, and, most notably, Vladimir Horowitz, a man who is widely regarded today as one of the greatest pianists to have ever lived.

Although not a particularly prolific composer, his solo piano repertoire is starting to enjoy a slight resurgence in the concert hall and recording studios today. His Étude sur mer (‘by the sea’) beautifully captures the effervescence of the water rocking against the shore.

For the final piece in the programme, Daniel has chosen to perform a work by one of his close friends, Russo-British composer Alexander Levine. A composer who has received commissions from various ensembles such as the King’s Singers, Voces8, BBC Singers, Tenebrae, Russia State Orchestra, Tippet Quartet, Fidelio Trio and many more, this picturesque, gorgeously spacious work for solo piano is a wonderful example of ‘beauty in simplicity’. 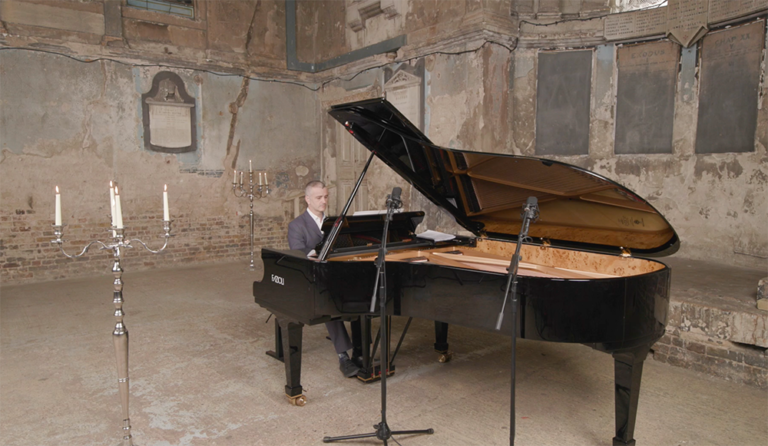 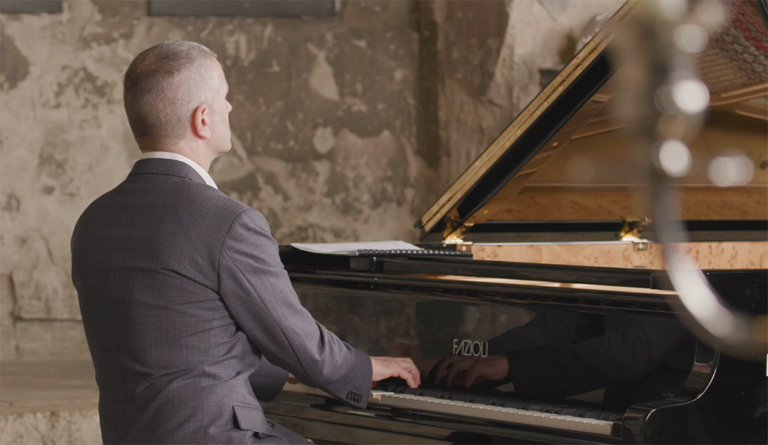 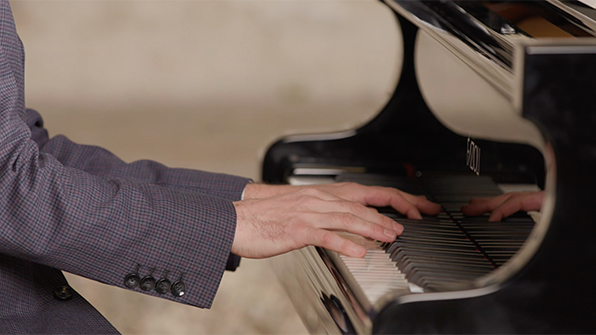 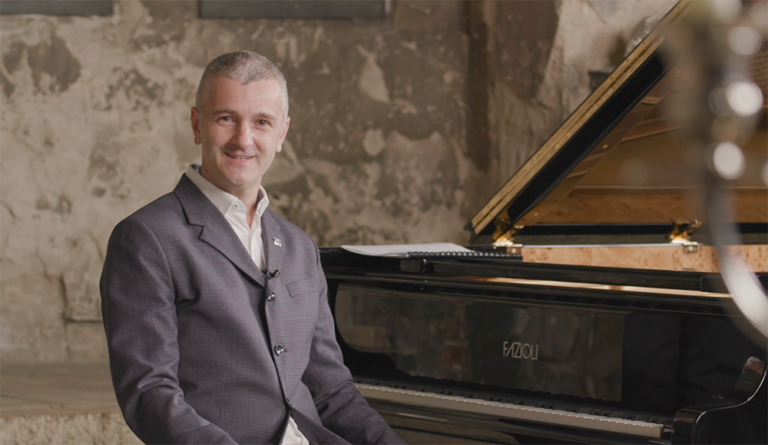 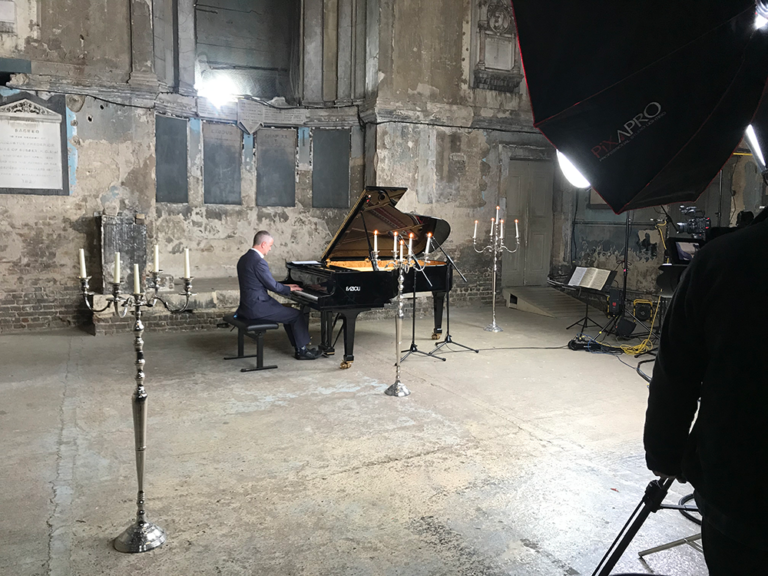 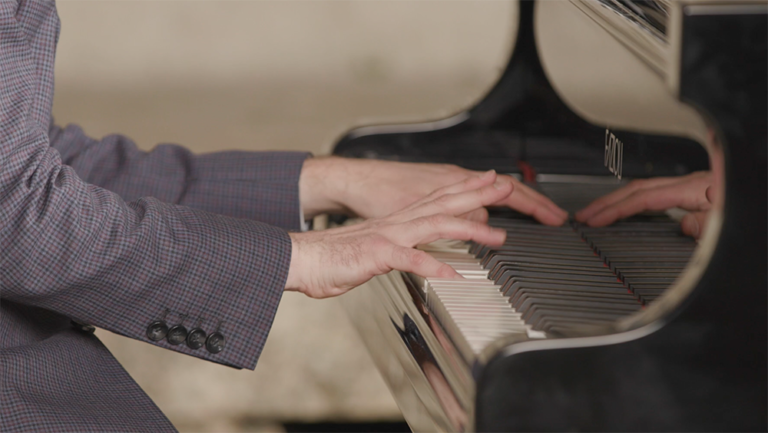 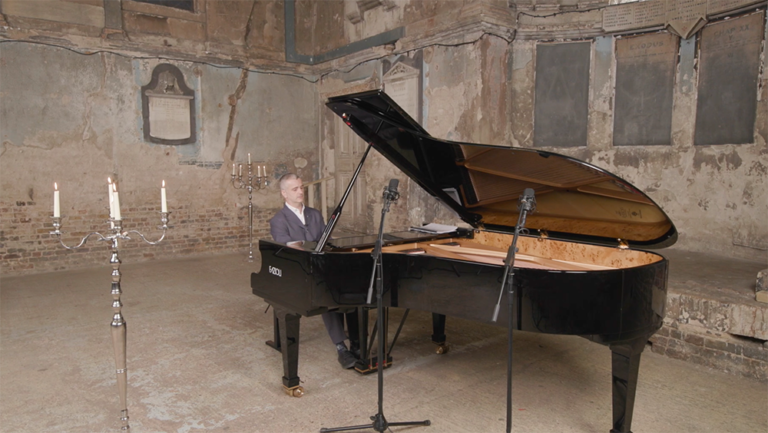 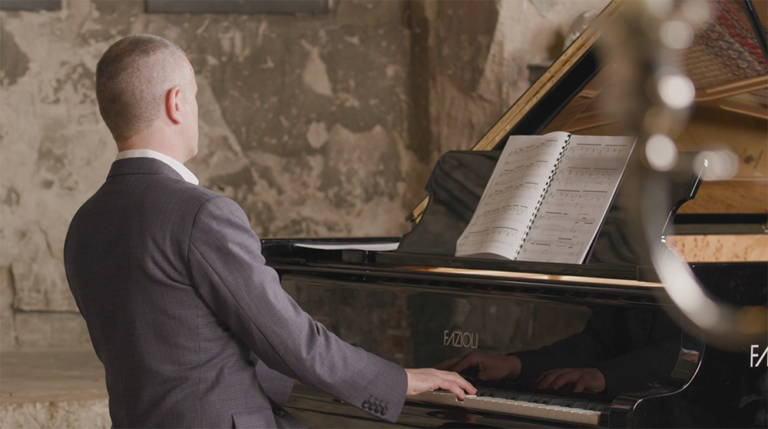 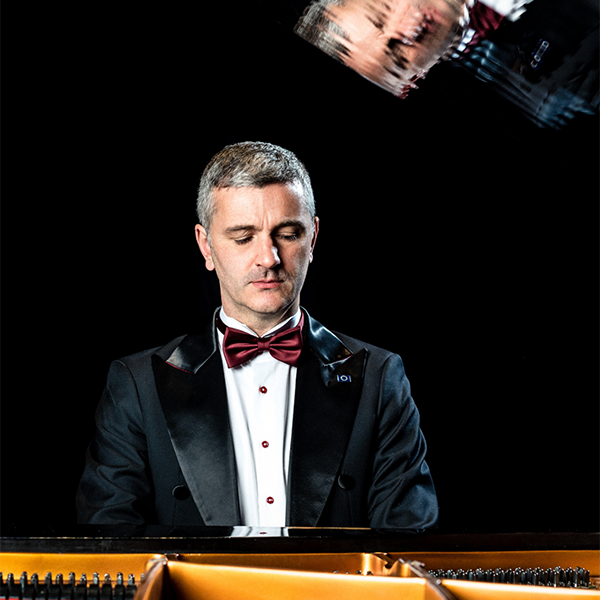