For the penultimate event in our ‘Tune In’ series, we are thrilled to be featuring our Guest Director, violinist Jonathan Stone, alongside highly sought-after pianist, Sholto Kynoch. In this programme, they will be featuring a wonderful array of music by Haydn, Brahms and Clara Schumann.

Franz Joseph Haydn had, perhaps, one of the most influential careers of any musician since J.S. Bach. He single-handedly pioneered two entirely separate genres – the Symphony and the String Quartet – and also greatly assisted the careers of both Mozart and Beethoven; indeed, he was Beethoven’s personal tutor. The majority of his career was spent at the court of the extremely wealthy Esterházy family at their Esterháza castle in modern day Hungary, but travelled around with the family to their various homes, most notably to modern day Eisenstadt in Austria. The wealth of responsibilities that Haydn had in his employment was immense, including composition, running the orchestra, playing chamber music with and for his patrons, and eventually the mounting of operatic productions. The Esterházy family, especially his chief patron, Prince Nikolaus I, were musical connoisseurs who appreciated his work and gave him daily access to his own orchestra, and during the nearly thirty years that Haydn worked at the Esterházy court, he produced an abundance of compositions and his musical style continuously developed.

However, whilst his employment paid extremely well and, therefore, he never had to worry about financial hardship during his time there, Haydn frequently felt isolated from the musical developments of the time, most prominently seen in Vienna where many of his closest friends lived and worked. One of the closest friendships he had was with Maria Anna von Genzinger, the wife of Prince Nikolaus’ personal physician, and herself an accomplished pianist. They met for the first time in 1789, and the two would exchange regular letters with each other, most characterised by Haydn voicing either his loneliness, or his happiness on the occasions that he was able to see her in Vienna. The two were clearly very close, although it has never been proven whether their relationship was anything more than simply platonic. What is clear, however, is that Haydn cared for her at the very least; it was during the first year of their friendship that he composed the Piano Sonata in Eflat major for her.

The sonata is a wonderfully sunny work that bears all the hallmarks of Haydn’s charm and wit that distinguishes his writing from anyone else. It also marks the start of Haydn’s more mature, late period of composition with frequent use of the alteration between staccato and legato playing.

The rise to international fame that Johannes Brahms experienced was a relatively steady one; despite being a widely respected instrumentalist, recognition as a composer took far longer for him to attain. Indeed, his parents, especially his father, were persistent in their attempts to dissuade the young Brahms from pursuing a career as a composer, thinking that his talents lay in performing, and they certainly had a good argument; he was an excellent pianist and violinist, making his public debut in a performance of Beethoven’s Piano Quintet aged just ten, and by the age of sixteen was performing Beethoven’s highly complex ‘Waldstein’ Sonata.

However, Brahms did surround himself with the ‘right’ people throughout his youth, and their instruction provided him with an excellent grounding in compositional technique. Eduard Marxsen, his teacher from 1845-8, was a personal friend of Beethoven and Schubert, who greatly admired the works of Mozart and was a self-proclaimed devotee of J.S. Bach. A few years later, whilst playing on tour with the Hungarian violinist Ede Reményi, Brahms met violinist and composer Joseph Joachim, and the two formed an almost instant friendship; they mutually challenged and assisted each other in improving their compositional skills. By 1876, the year of the premiere of his Symphony No. 1 in C minor, Brahms had developed his skills to such an extent that he had been appointed to the judging panel of the Vienna State Prize for Composition. However, perhaps the most important friendship he formed was meeting Clara Schumann shortly before her then husband Robert Schumann’s death. Clara was a remarkably gifted pianist and composer herself, and the close relationship she and Brahms formed is exemplified by the fact that she regularly programmed Brahms’ piano music in her recitals. Indeed, when Brahms sent Clara a copy of his Violin Sonata No. 1, she wrote back saying that “I played it through at once, and at the end could not help bursting into tears of joy.”

The work is arguably one of the most lyrical that Brahms ever composed, and the themes of each of the three movements are closely interrelated. The theme of the last movement is almost an exact replica of the melody from ‘Regenleid’ (“Rain Song”) – one of his 8 Lieder und Gesänge (“Songs and Hymns”) written in 1871 – and thus this sonata has acquired the nickname ‘Regensonate’ (“Rain Sonata”). The work clearly held a special place in Clara’s heart; when she was in ill health in her seventies, she wrote an extremely touching letter to Brahms in which she described how she and Joachim “…played [it] again and I revelled in it. I wish that the last movement could accompany me in my journey from here to the next world.”

Clara Wieck was a child prodigy and achieved widespread acclaim very early on in her life for her exceptional talent as a pianist. She made her official debut at the famous Gewandhaus Concert Hall in Leipzig aged nine, and at the age of twelve, she embarked on a tour with her father to Paris and other European cities. It was between these two episodes that she encountered another talented young pianist, Robert Schumann, who was nine years her senior. Robert was so enraptured by her playing that he asked his mother to stop taking lessons in law (which had never interested him greatly) and take music lessons with Clara’s father. The two inevitably grew very close and when Clara was eighteen, Robert proposed and she accepted, despite her father refusing to give his daughter permission.

Despite Clara’s evident skill as a composer as well as a pianist, however, much like many marriages in the 19th and early 20thcentury between two similarly skilled musicians, Robert remained the composer of the family, whilst Clara’s efforts were concentrated in her piano playing. Although she did compose throughout the marriage, if relatively infrequently, Clara herself said that “women are not born to compose”. However, the marriage was further complicated by the fact that, starting in 1833, Robert’s mental health was never stable thereafter. He suffered melancholic depressive episodes, and is now thought to have suffered from bipolar disorder throughout his life as well. The decision he and his wife took to move to Düsseldorf in 1853 allowed the two to co-exist more easily; the larger house allowed Clara to practise the piano without disturbing her progressively more nervous and anxious husband, and it also gave Clara more space to be able to devote more energy to compose. During the first summer they spent in Düsseldorf, she wrote her Three Romances for Violin and Piano. Clara dedicated the work to the violinist Joseph Joachim whom she first saw perform in 1844 when he was just fourteen, and over the following years the two developed a strong friendship. Indeed, it was Joachim’s recommendation of Brahms to the Schumanns that led them to taking Brahms under their wing as a close family friend and confidant.

The term ‘Romance’ was used both by Robert and Clara to describe an instrumental piece that has a lyrical character and a tender or even sentimental mood. In all three of these short examples of the genre, Clara displays her gift for melodic composition and it is clear from the piano part that she herself possessed an exceptional technique. After her death in 1896, much of Clara Schumann’s work sadly fell out of the repertoire completely, and it is only in recent years where the spotlight has been progressively shone more and more on female composers that her compositions are making a (far too overdue) return to the concert hall and recording studio. One might only begin to imagine how successful a composer Clara could have been had she lived a century later… 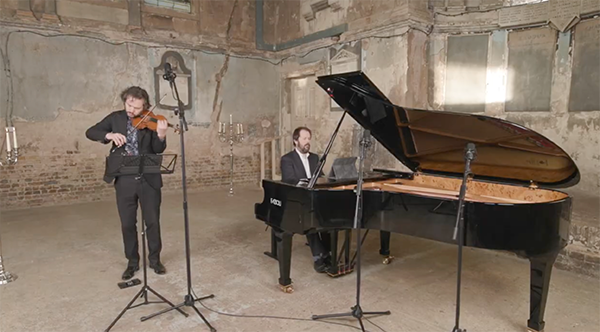 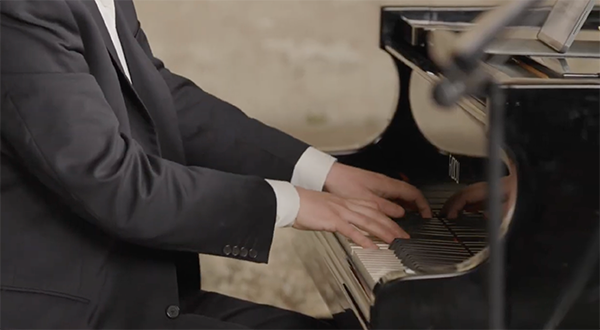