For the next instalment in our ‘Tune In’ series, we are delighted to feature three of our principal players – violinist Jonathan Stone, cellist Chris Grist, and harpsichordist David Gordon – as they tackle some of the most famous solo works by Bach.

Johann Sebastian Bach’s contributions to music are as numerous as they are varied, but perhaps one of the most important contributions he made was his writing for solo instruments. Whilst multiple composers throughout history have been able to compose works for solo keyboard instruments (harpsichord, piano or organ) with great success, it is almost unarguable that any composer since Bach has achieved as much success at writing for solo violin or cello.  The six cello suites (as well as the set of six violin sonatas and partitas) were all composed during his stint as the Kappelmeister at the Court of Anhalt-Köthen, but for nearly 200 years, virtually no-one knew them or appreciated them for their greatness. One reason for this is perhaps because they were viewed as technical studies rather than pieces to be performed, and this is not altogether unsurprising given that all six of the suites are extraordinarily difficult to play! However, it is undeniable that all six suites are abundantly joyous works.

It was not until the Catalan cellist, Pablo Casals, at the young age of thirteen, discovered them in a thrift shop in his home town of Barcelona, and began studying them at home. He not only became one of the first cellists to make regular public performances of the suites, but at the age of sixty, he became the first person to record all six suites. The recording, completed in 1939, allowed the cello suites to finally be appreciated across the globe, and their popularity instantly soared. Even today, Casals’ recording is still regarded as a leading authority on the interpretation of these suites, and in 2019 the Casals recording was selected by the Library of Congress for preservation in the National Recording Registry as “culturally, historically, or aesthetically significant”.

Each suite is divided into six movements: i) Prelude, ii) Allemande, iii) Courante, iv) Sarabande, v) two minuets (Suite 1 and 2), bourrées (Suite 3 and 4) or gavottes (Suite 5 and 6), and vi) Gigue. Of all of the 36 individual movements that make up the suites, the Suite No. 1 in G major is by far the most well-known because of the Prelude’s instantly recognisable opening of arpeggiated chords.

Bach himself was an excellent violinist, and indeed, it was on violin that he received his first public appointment playing in the Weimar Court Orchestra. His son, Carl Philip Emmanuel famously recalled that his father “understood completely the possibilities of all string instruments”. Throughout his career, he provided his fellow violinists with various works for violin, including several concertos, accompanied sonatas and a number of featured solos in his many oratorios, perhaps most notably in the harrowing aria ‘Erbarme Dich’ (“Have Mercy on me, O Lord”) from his colossal St. Matthew Passion. However, what is undeniably the pinnacle of his writing for the violin are his set of six unaccompanied sonatas and partitas, written shortly after the unaccompanied cello suites whilst in his position at the Court of Anhalt-Köthen.

Whilst the three sonatas follow a similar structure (four movements in a slow-fast-slow-fast pattern), the three partitas are far more unorthodox, and each partita introduces new elements to the established slow-fast-slow-fast structure to add variety. In the case of the Partita No. 2 in D minor, this new element comes in the form of the mighty Ciaccona (Chaconne) that closes the work. Almost as long as the other four movements combined, it is widely regarded as one of the greatest works ever written for the instrument, and has been described by Yehudi Menhuin himself as ‘the greatest structure for solo violin that exists’.

The Chaconne was a very popular baroque compositional style, whereby a theme was presented and then varied multiple times over a series of unchanging chords. The violin is at heart a melodic instrument, and although it has four strings and is therefore physically capable of sounding more than one note concurrently to create chords, it can only do so within rather strict limits. To a large extent, this chaccone (and indeed, all of Bach’s solo sonatas and partitas) draw on the art of illusion: the listener perceives a web of counterpoint that is in fact only suggested or implied in the musical score, something that is only possible because of Bach’s true genius.

It seems almost unfair that one person could be so skilled at so many musical endeavours, but not only was Bach a remarkable violinist and composer (as well as reportedly an excellent bass singer), he was also a prodigiously skilled organist and keyboardist. Being as inventive a composer as he was, it is no surprise that he was so interested and inspired by the upsurge of musical invention that emerged from Venice at the end of the Renaissance, tendencies which continued to evolve and spread throughout the 17th and early 18th centuries during Bach’s own lifetime. The so-called ‘Venetian’ concertos became extremely popular throughout this period, and Alessandro Marcello, a Venetian local, was one of the most well-known purveyors of this style.

Although little of his music is played today, Marcello’s music is regarded very favourably. Without question his most well-known composition, however, is his Oboe Concerto in D minor, a work whose merit is undoubtedly confirmed through the fact that Bach took a (now lost) early edition of the score and transcribed the work (originally written for oboe, strings and continuo) for solo harpsichord. This ingenious transcription was written whilst he was working at the Court of Weimar, and is part of a set of more than 20 transcriptions of works by Vivaldi and other contemporary composers, dated to c.1713-14, all of which show Bach’s complete command of the instrument.

To end this programme of solo Bach, our featured violinist and cellist have chosen to perform what is, quite simply, an utterly ridiculous piece of music! Norwegian Johan Halvorsen is not terribly well known today, though in his day was highly regarded for being an outstanding violinist and later a conductor. His most notable roles include Concertmaster of the Bergen Philharmonic Orchestra and Conductor of the Orchestra of the National Theatre in Kristiana, a position he held for an astonishing thirty years. As a composer, he is viewed as a continuation of the Norwegian nationalistic tradition initiated by Edvard Grieg in the late 19th century; indeed, several of his orchestral works carry elements of Norwegian folk music, and many of the plays he wrote incidental music for are based on Norwegian folklore.

However, Halvorsen also found time to write music for smaller ensembles, and perhaps his most well-known example is his Passacaglia for violin and viola, written in 1897. He took the main theme from the final movement of one of Handel’s suites for solo harpsichord, and transformed it into a dazzling duet for violin and viola (subsequently reworked for violin and cello), complete with virtuosic pyrotechnics and an array of extended techniques! 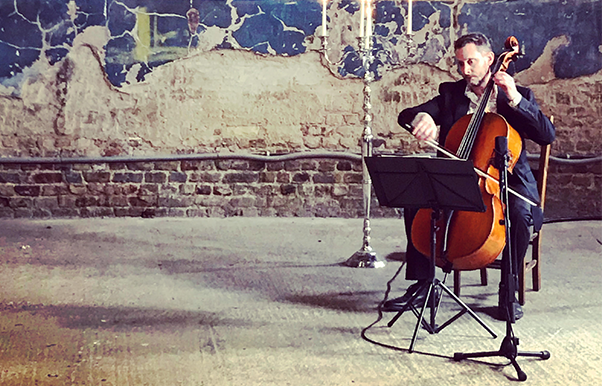 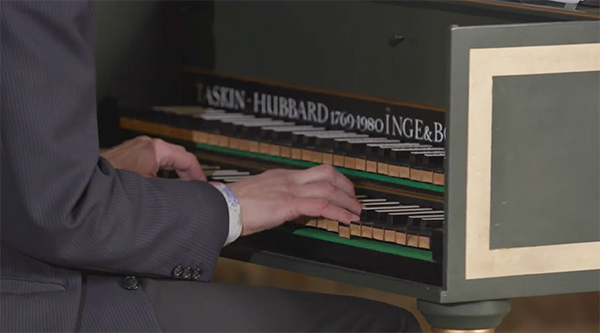 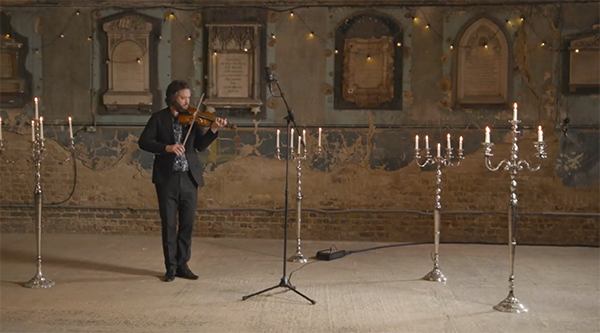 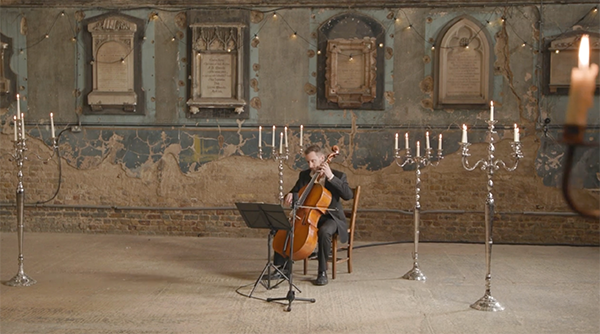 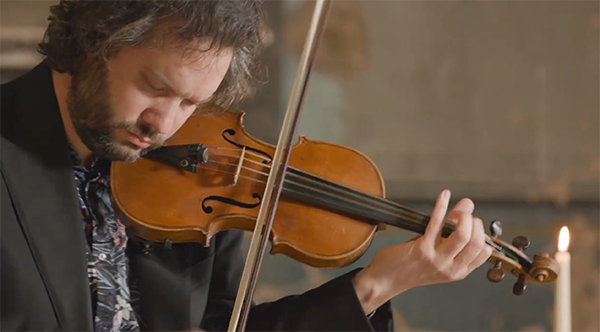