In the late 1700’s and early 1800’s, it is remarkable how many musical child prodigies emerged from both Germany and Austria, and Franz Schubert is perhaps one of the most celebrated and beloved today. Despite having a painfully short life, dying at the age of just 31 most likely from syphilis, he managed to compose a vast oeuvre in several different forms, including well over 600 secular vocal works (mostly lieder), seven completed symphonies, multiple operas and a wealth of chamber music. He showed great potential at an absurdly young age – being enrolled at the Stadtkonvikt School of Music at the age of just 11 – and received tuition in the music of Haydn, Mozart and Beethoven, and received private lessons from none other than Antonio Salieri. He left the school in 1813, and proceeded to become a music teacher at this father’s school the following year, still aged just 17!

It was between 1814 and 1816 that Schubert achieved one of the most remarkable outpourings of music, perhaps, of all time. Despite working a full-time job and having composition classes with Salieri twice a week, over the course of these three years, Schubert penned over 250 songs, two masses, multiple string quartets, four symphonies and several other works besides; it is estimated by scholars that Schubert wrote an average of over 60 bars of music every day! However, during this time, he did not receive a single public performance of any of his work in Vienna, nor were any of his completed compositions published. It was because of this that in 1816, following an unsuccessful application to become the new Kappelmeister at Laibach, he took the decision to room with Franz von Schober, a well-known librettist, who had close connections to Vienna’s upper establishment; although many of the works he wrote in the ensuing years remained unpublished, several works were at least circulated amongst friends and admirers. Written in September 1816, the incomplete String Trio is one of the first pieces he wrote after making the move.

Although a small fragment of a slow movement does survive, Schubert only completed the first movement of the trio. This delightfully sunny single movement evokes a clear inspiration from Mozart, with relatively simple melodic material and a simple, yet effective sonata form structure, but Schubert takes us on an adventurous journey through multiple keys and colours.

Another child prodigy who died unfairly young, Mozart achieved a level of fame in Europe in the latter decades of the 1700’s that was virtually unmatched. Touring with his parents and sister – a prodigy in her own right – as a solo pianist from the age of 6, the family travelled around Europe over the next 10 years to Munich, Prague, Vienna, Mannheim, Paris, London, the Hague, Utrecht, Zurich and many other cities to widespread critical and public acclaim. His precocious ability allowed him to befriend several of the most well-known composers of the day, and this eventually landed him employment at various prestigious courts, most notably in Salzburg (1773-77) under Prince-Archbishop Hieronymus Colloredo and then in Vienna (1881) under Emperor Joseph II of Austria.

However, despite composing almost continuously over this span, producing masterpieces such as The Abduction from the Seraglio, The Magic Flute and The Marriage of Figaro, all of which were being widely performed, by 1788, Mozart was experiencing significant financial troubles. That year, he completed his final three symphonies (No. 39, No. 40 and the famous Jupiter Symphony, No. 41) but could not arrange a public performance for any of them. Even though he was appointed Chamber Composer to the Emperor that same year, his stipend ended up being less than half the amount of his predecessor. Mozart, a composer at the peak of his powers, was hopelessly in debt.

To help alleviate this, he reached out to a wealthy textile manufacturer and amateur violinist, Michael Puchberg; as a thank-you for helping pay off his creditors with a sum of 300 guilders (nearly half of Mozart’s annual salary), Mozart wrote Puchberg two of his finest ever pieces of chamber music: the Piano Trio in E major, and the Divertimento Trio in Eflat major. The Divertimento Trio is a truly remarkable work for many reasons, not least because it is the earliest surviving example of a string trio in the entire corpus of classical music; the harmonic style of 18th century European musicians from J.S. Bach onwards was built on a foundation of four-part harmony, but with only three instruments, this is much more challenging to achieve. Mozart met this challenge by writing three string parts of highly unusual richness and intensity for the time, and remarkably uses very few instances of double stopping. Like Mozart’s earlier examples of the divertimento structure, the work is set in six movements, with two slow movements and two minuets surrounded by a subdued Allegro at the opening and a rollicking Rondoto close the work. Perhaps the most noteworthy section is the divine fourth movement. What starts out as a simple folk-like tune is, in typical Mozartian fashion, gradually embellished and distorted with each passing variation. 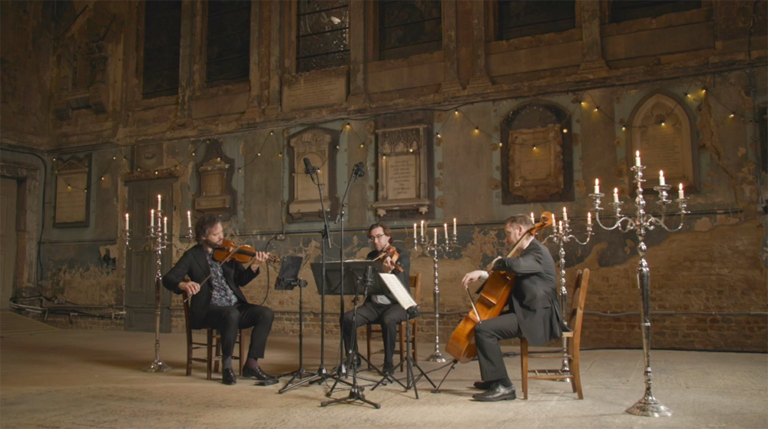 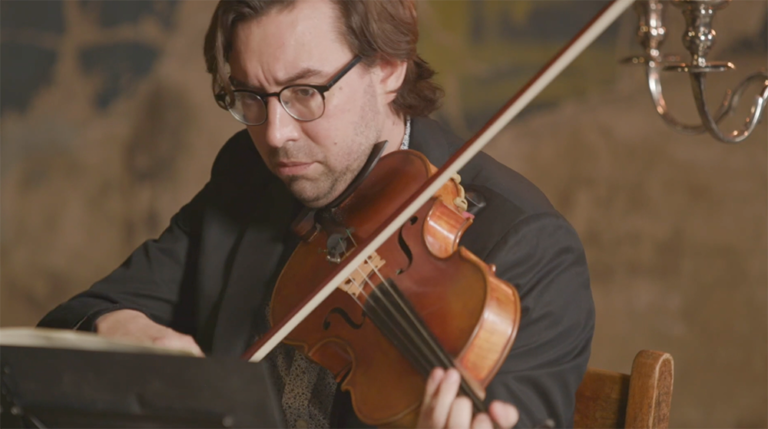 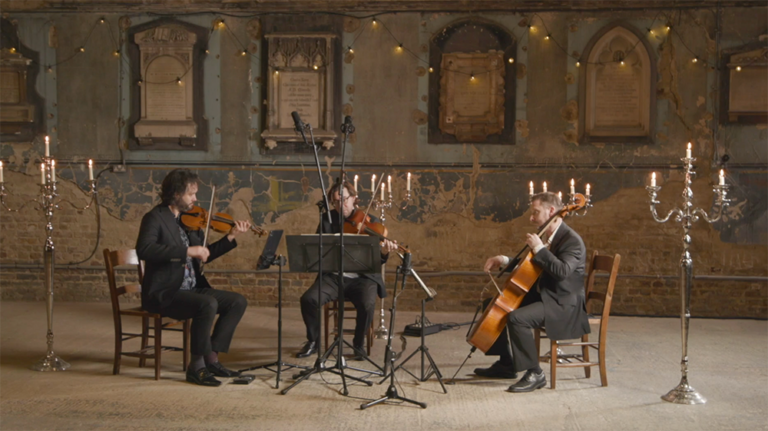 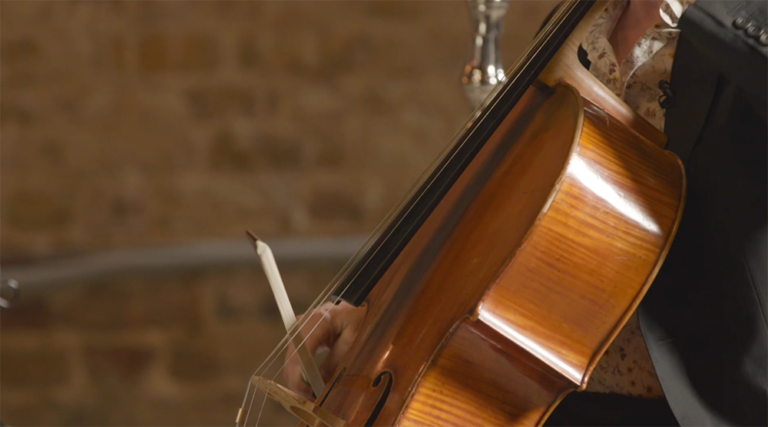 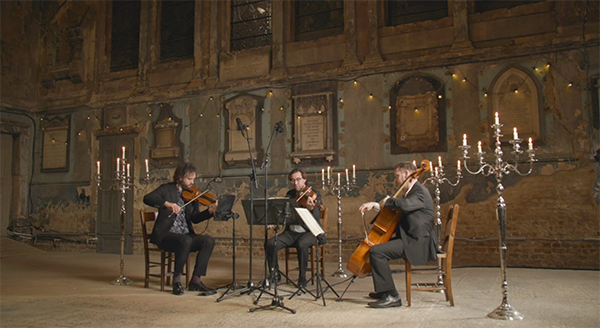 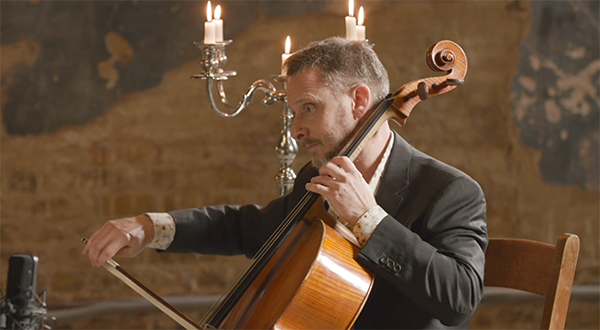 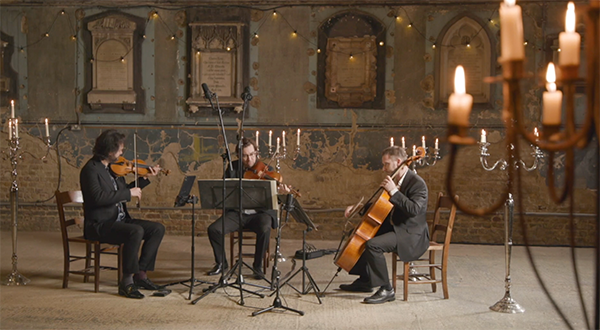