For our third concert of this new online series, we celebrate a very important musical birthday.

For our third concert of this new online series, we celebrate a very important musical birthday. 2021 marks the 300thanniversary of Johann Sebastian Bach producing what would become known as the Brandenburg Concertos, a series of six works showcasing his prodigious compositional skill, inventiveness and nuance. However, for all his ability, his career as a musician was not always a stable one. Despite having been employed at as the Kapellmeister at the Court of Köthen by Prince Leopold since 1717, within a couple of years, Bach was struggling financially owing to the Prince experiencing some financial troubles of his own. In an attempt to find new work opportunities, he approached Christian Ludwig, the Margrave of Brandenburg, whilst they both happened to be in Berlin at one point in 1719. The Margrave asked Bach to submit scores for his perusal, and Bach took a further two years to compile some of his best work together. Studies have shown that it is highly likely that he took works that he had already composed whilst he was employed at Köthen and made extensive revisions, rather than compose anything fresh. In 1721, he made his submission of six concertos, each with vastly different instrumentation, but although he patiently waited for a response, none came. It is debated even today whether the Margrave even acknowledged receipt of the concertos, let alone even read them or had them played; this is likely because King Frederick William I of Prussia, the man the Margrave answered to, was not a particularly significant patron of the arts, and thus the Margrave’s court appears to have lacked either the number or the skill of the musicians required to perform the works. The six concertos were left in the Margrave’s library until they were bought for a pittance in 1734, and they were then not rediscovered until a full century later, in 1849! It seems astonishing that these masterpieces gathered dust on a library shelf for over a century before they were ever heard…

The third concerto in the series is the most restrained instrumentally, set for strings and continuo alone, as well as the shortest of the six, but the writing is typically complex. The groups of violins, violas and cellos all take turns in playing solo material and then accompanying material, creating a remarkably homogenous sound that is markedly different from the two works preceding it. Perhaps most notable in the work is the brevity of the second movement, which is just two chords; it has become customary for the principal violinist or harpsichordist to play an improvisatory cadenza over these two chords.

Much like Bach, Mozart also made much of his living in the employment of various Princes, principally in Salzburg under the patronage of Prince-Archbishop Hieronymus Colloredo. However, after resigning his position in Salzburg in 1777, Mozart journeyed around Europe with visits to Mannheim, Paris, Munich and Augsburg in the hope of finding fresh work. It was on one of his visits to Mannheim that he became very well acquainted with members of the famous Mannheim Court Orchestra, renowned as being one of the best in Europe at the time. Indeed, the orchestra’s flautist, Johann Baptist Wendling, introduced Mozart, who was still only 21 years old at this time, to a wealthy amateur flautist, surgeon Ferdinand de Jean. Impressed by Mozart’s evident musicianship, he commissioned him to write a number of concertos and chamber works for the flute, and the Flute Quartet in D major is one of those works.

The piece’s two outer movements are characterised by great freshness, wit and charm, but set between them is an achingly sorrowful slow movement, led by the flute soaring over an undercurrent of pizzicato strings.

All six of Bach’s Brandenburg concertos are true masterpieces in their own right, but the fifth concerto perhaps stands above the rest. Quite apart from the extraordinary technical writing, it is the first example of a keyboard instrument being treated as a soloist in a concerto format; before this work, the harpsichord typically played in the accompaniment continuo of orchestral works or in solo works of its own. Bach’s decision to use the harpsichord in such a soloistic manner was perhaps due to the fact that brought a new harpsichord back home with him from Berlin in 1719, the very same trip on which he met the Margrave. Indeed, the extended cadenza in the first movement shows Bach’s true mastery of writing for the instrument. Flanking the harpsichord are a solo violin and solo flute, and Bach sets the entire, serene second movement for just these three solo instruments, before the rest of the orchestra return with vigour for the joyous dancing finale.

A number of years ago, whilst playing harpsichord with London Concertante in a performance of Bach’s Brandenburg Concerto No. 4, David Gordon realised mid-performance that the harmonic progressions of the concerto would serve equally well in a piece of jazz music. He then set about creating a work that combined elements of the baroque and jazz styles, a combination that is actually much less unusual than one might think; the elements of improvisation in Western classical music, so prevalent in 20th and 21st century jazz, were established in the baroque period. According to Gordon, “the harpsichord’s plucked sound is also reminiscent of the guitar strumming found in Americana country music. At a first glance, there may be no clear relationship between Bach’s music and the country music of America, but many of Bach’s descendants ventured to America, along with wider migration from Germany to the US in the 18th century. Having taken their music with them, there is a feasible argument that American country music has origins in Bach.”

A work that has fun at its core, this modern reimagining of Bach’s Brandenburg Concerto No. 4 will feature David Gordon both on harpsichord and melodica! 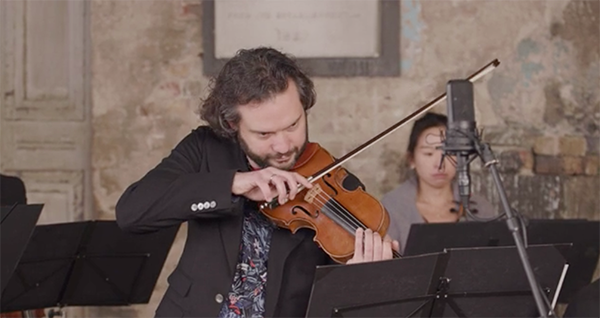 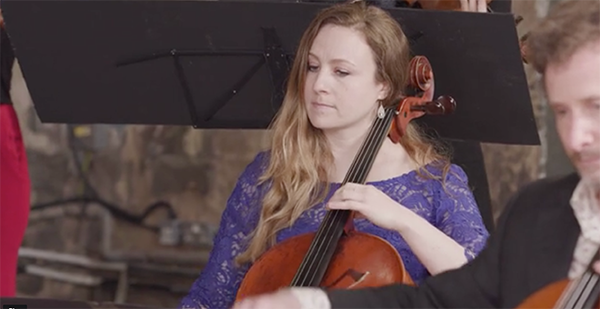 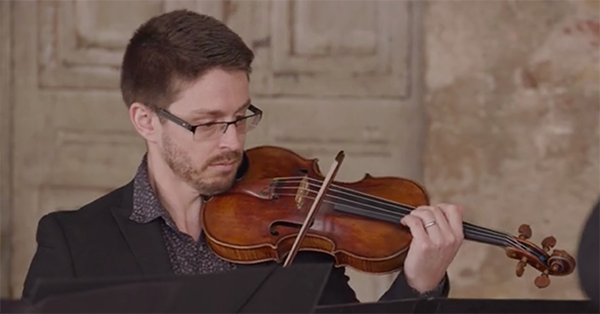 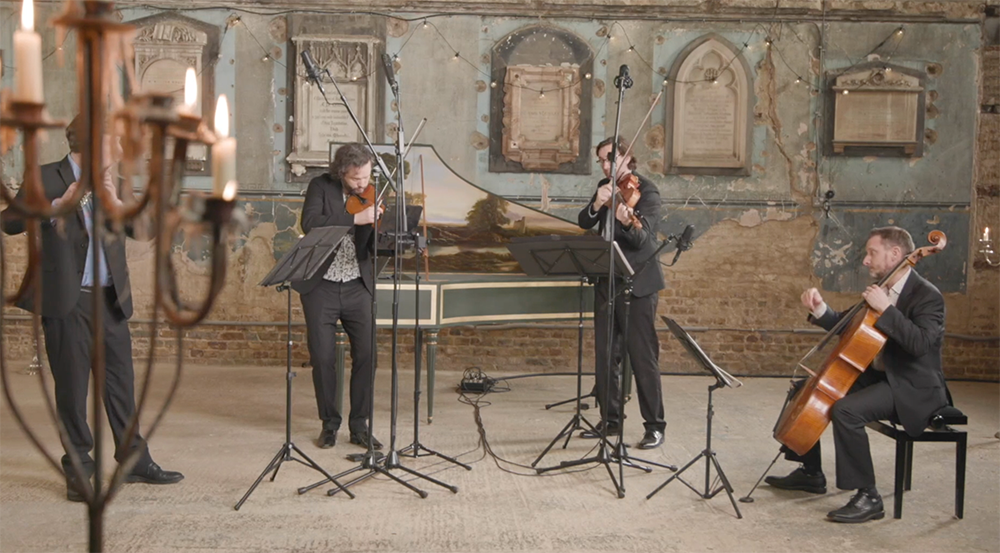 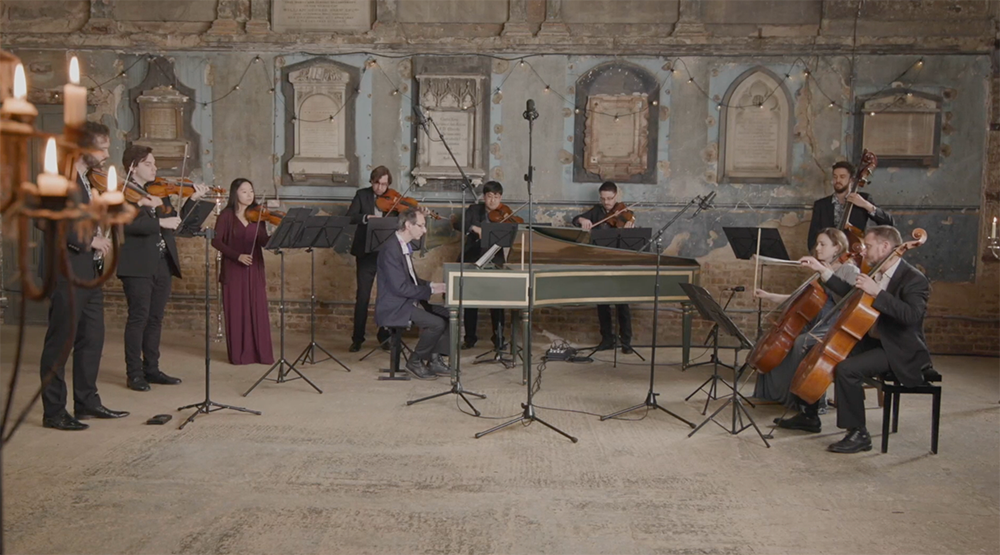 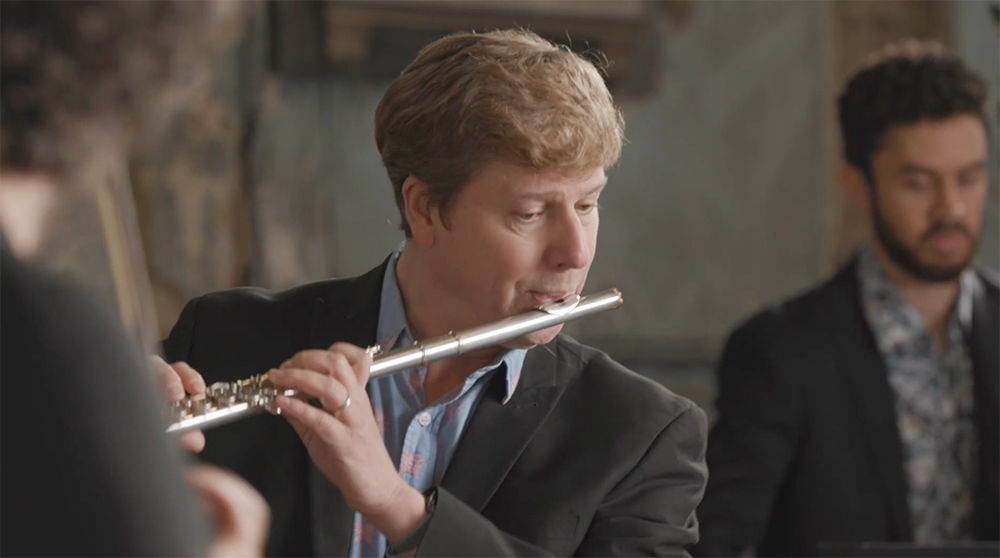 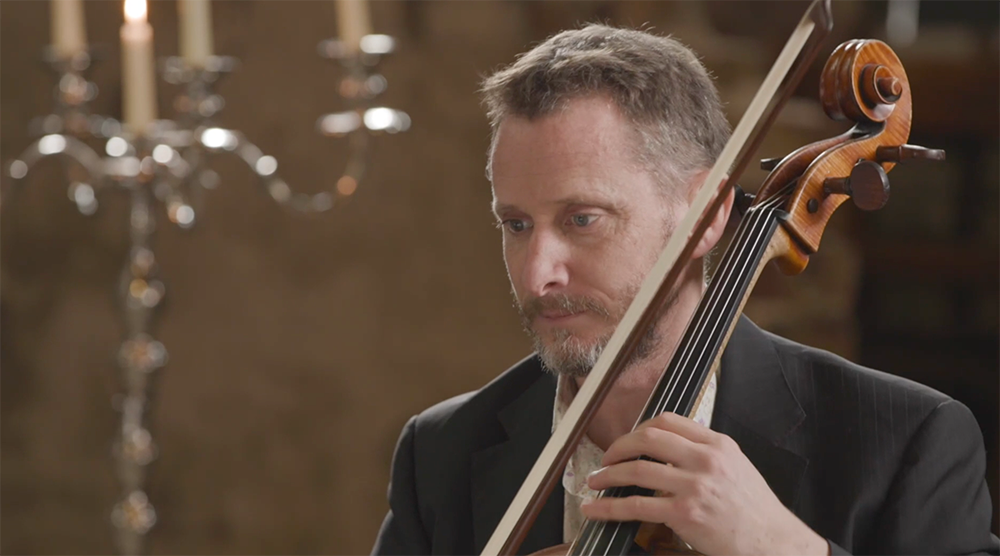 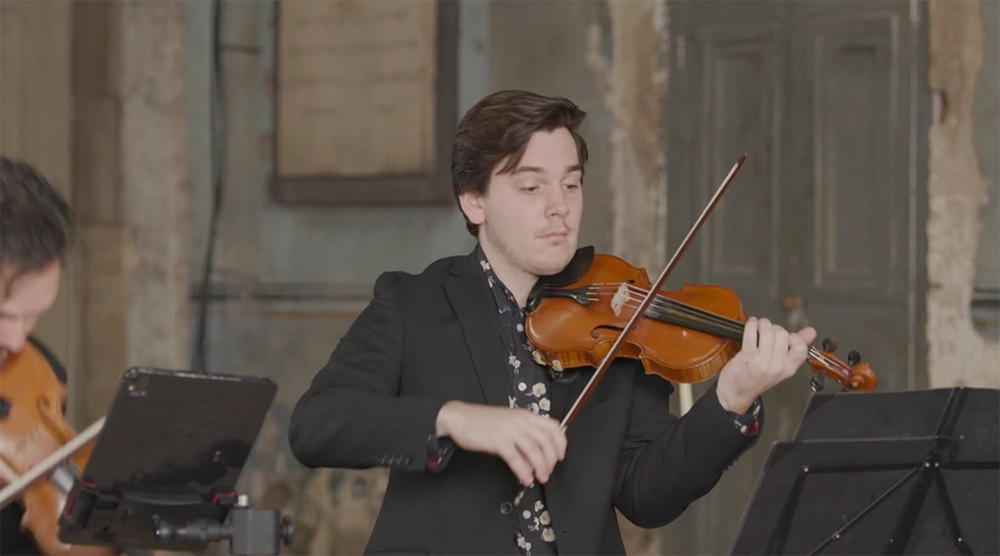 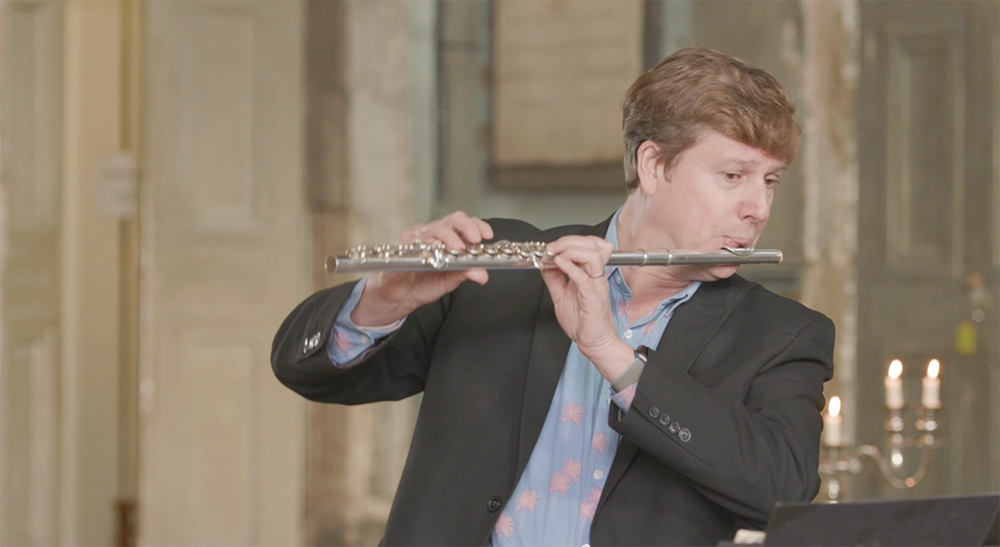 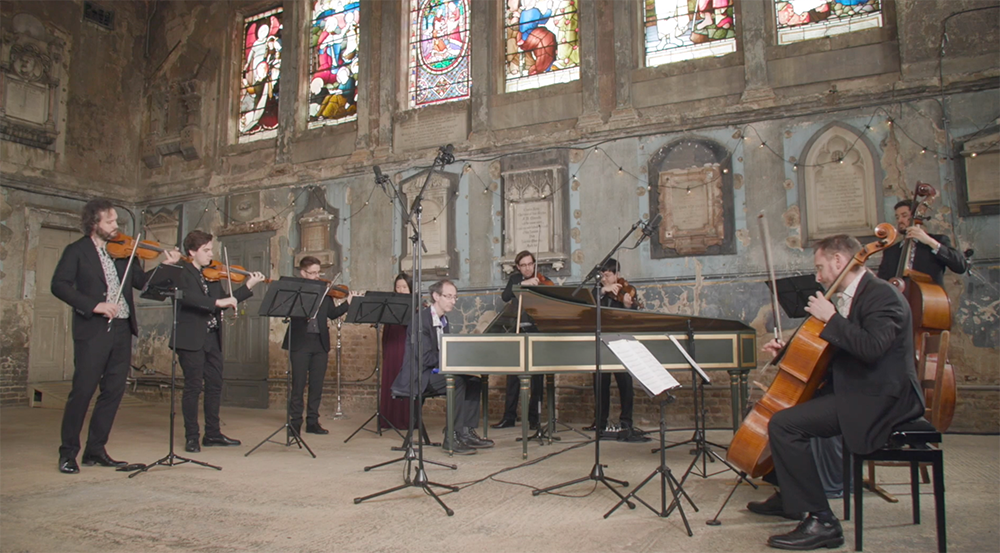